Experiences of the Great Quake

Chris Chidume : Thank you. I’m very impressed to be in this wonderful program today. For the first time, I want to express the impact of the earthquake. Because we, as African, what we saw from this kind of contribution, I see it as something out of this world. On 11th of March, I was with my boys in my apartment, I was like, “what is this?” At first, I didn’t understand what it meant to initially suffer natural disasters.
Mr. Joe was able to make some remarks, talking about the issues in Africa. For us, Africans, most of the times, the issues in Africa are not because of natural disasters, but because of human problems. To be equal, Africa has the potential to be the richest continent of the world. However, for me, coming back to talk about the natural disaster that happened in Japan, it was something different I must say. I would like to talk about the HIV issues in Africa always, but right now, I began to understand the natural disaster in Japan, especially this week and would like to talk about that.
I really thought I could do something to help the people in Tohoku area. But it was too bad that I am African, and I was afraid because for me it was first time in my life to have the opportunity like that, as a Nigerian. Somehow, our government helped the Japanese government, in order to help the victims, so I also decided to do something. I have been living in Japan for a while and wanted to do something for the people. I started fund-raising with my friends at Academy Hall in Ikebukuro. Even though it was already been a while after the earthquake had happened, but we said “Japan has done so much for us individually, so we should do something.”
I’d like to make some comments about Professor Iwai. She was able to inspire the foreign students to go to these heavily affected Tohoku areas from the earthquake. I cant imagine how she was able to persuade them. It was very impressive. I’m very glad to be here, thank you.

Moses Abia : Good afternoon, everyone. My name is Moses Abia Abdullah from Cameroon. I would like to review the situation of Cameroon, in comparison with Japan. It was like the end of life for many of us, on March 11th, but we prayed and stood up for God to have the situation. We had some affected Cameroonians, but fortunately they were not many. We got some injured Cameroonians from Fukushima and Ibaraki, but the Japanese government is supporting them and their situation is not that serious. First of all, I would like to thank Japanese Government, for they have given good care and handled the situation.
We did not know what it exactly means, but it was wonderful to see the unity of Japanese people, how the people support each other in this situation. We learnt that people are very friendly and supportive. We learned what has been happening, and now, we are able to be friendly and calling for everyone to do their best to support the situation. We, Cameroonians, are ready for volunteer work.
Although we are ready for any volunteer work, however, we had been lack of information to know how and from whom we can get involved. But today, we are here and have learned we can support “hisaichi”, the heavily affected areas. After this symposium, I’ll get more information and would like to pass that to the rest of my people, who are willing to do volunteer work for the people in Tohoku area. I’m very glad to be here today. I was
very impressed to get all the support and information from all speakers. It was something that I did not know much about. Thank you very much. 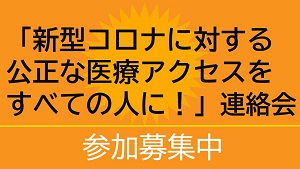